Every year, thousands of people take the route up Ben Nevis!

The Ben is the highest mountain in the British Isles. Standing at 1,345 metres (4,411 ft) above sea level, it is at the western end of the Grampian Mountains in the Lochaber area of the Scottish Highlands, close to Fort William.

The mountain is a popular destination, attracting an estimated 100,000 ascents a year, around three-quarters of which use the Pony Track from Glen Nevis. The 700-metre (2,300 ft) cliffs of the north face are among the highest in Scotland, providing classic scrambles and rock climbs of all difficulties for climbers and mountaineers. They are also the principal locations in Scotland for ice climbing.

The summit, which is the collapsed dome of an ancient volcano, features the ruins of an observatory which was continuously staffed between 1883 and 1904.

The weather nearer the top of the Ben is very unpredictable and can change rapidly. At the very least it will be approximately 10 degrees colder than at sea level.

Always let someone know where you are going and when you expect to return. Carry a good routemap, compass and some waterproofs. Good footwear is essential. 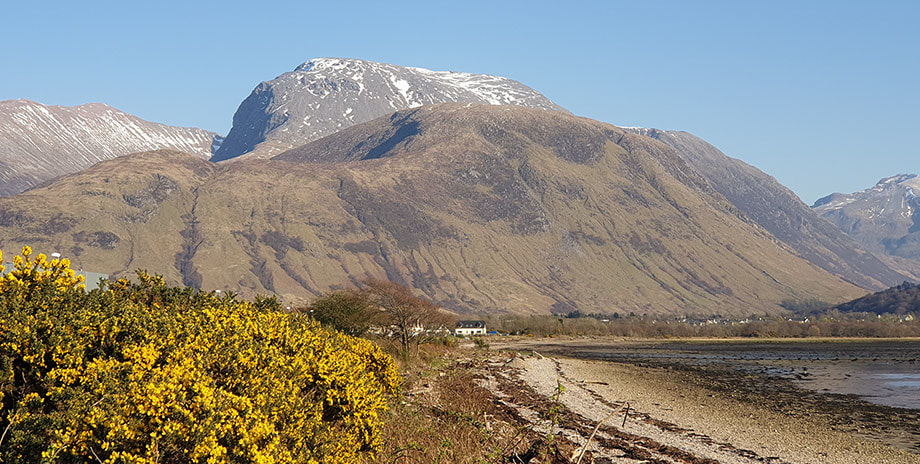